What Is Team Fortress 2?

Valve seems to be the perfect company to produce great sequels to groundbreaking game mods. Popular for Dota 2, which they developed following the incredible success of the Warcraft III mod Defense of the Ancients and which is now one of the top esports in the world, Valve had many other projects in mind.

One of these is Team Fortress 2, a multiplayer first-person shooter video game developed and published by Valve. It is the sequel to the 1996 Team Fortress mod for Quake and its 1999 remake, Team Fortress Classic. It was released in October 2007, and it’s now a free-to-play game, available on PC, Xbox 360, and PlayStation 3. 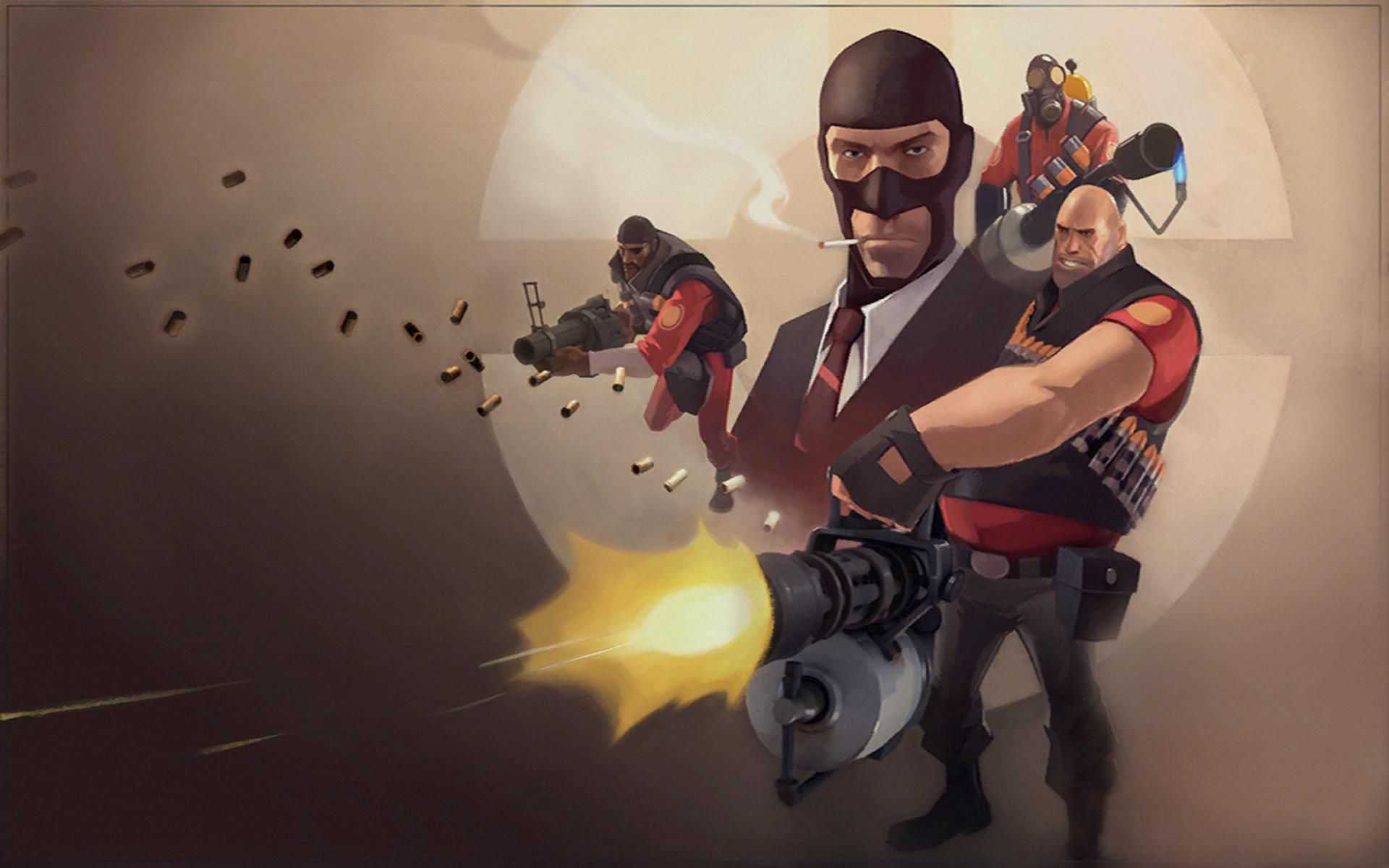 In TF2, you can choose which team to belong to, RED or BLU, as well as your character. Players have at their disposal 9 different playable classes, categorized into three areas: Offense, Defense, and Support. The abilities and stats of classes can change based on loadout, and all of them have their own strengths and weaknesses, so players need to strategize around these features. These classes are:

There are 11 game modes playable in more than 100 maps. Here are some among the most popular ones.

In such mode, each player is able to level up or lose their rank when they are winning or losing a match. We are going to focus on this in greater detail in the following paragraph.

This game gives a lot of room to talks and discussions when it comes to the competitive scene. Despite being released 13 years ago and being free-to-play since 2011, the TF2 esports scene didn’t grow as other esports did. Many are the reasons claimed to be behind the lack of a strong TF2 competitive scene, but two may be the key ones.

On the developer’s side, it can be argued that Valve didn’t do enough to promote the game’s pro scene successfully. From a more mechanical point of view, the difference between Casual and Competitive Mode might be too wide to get players invested in it. In all other competitive games, even the lowest level of play is determined by the same basic rules as the world championship plays by. This is not the case when it comes to TF2, making the competitive scene stagnate and disjointed from the rest of the game.

Because of this, the TF2 esports scene isn’t particularly big and doesn’t feature enormous tournaments or any big online league with a lot of money on the line. However, the community is very passionate and commit hard into delivering great and constant tournaments and events, creating with years a healthy unofficial competitive scene.

Everything On TF2 Betting And Betting Bonuses

Even though the TF2 esports scene isn’t as popular as some other titles, as we mentioned, there are still several tournaments happening. Not all major esports bookmakers have odds available for Team Fortress 2, as many prefer to focus on more successful games, but to help you, we have collected the best betting sites on TF2.

Even though it pays a lot of attention to traditional sports, this TF2 betting website also decided to provide punters with plenty of esports gambling options.

22Bet has an interesting welcome bonus in store available to everyone who decides to sign up with them and deposit at least €10 or equivalent. They offer a 100% deposit bonus up to €50. There are a few more conditions you need to accept to win the bonus, so make sure you read them carefully.

22Bet is especially interesting when it comes to odds, as it has some of the most competitive ones, sometimes even surpassing some of the more established bookmakers such as Betway.

About payment methods, 22Bet offers you a lot of options among the most used ones: Visa and MasterCard, Nettler, Skrill, Bitcoin, Paysafecard, EcoPayz, and more.

If you are rightly concerned about safety, 22Bet gives you nothing to worry about. First of all, the website displays its official Kahnawake Gaming Commission license to reassure customers. On top of that, 22Bet has serious and responsive customer support, available 24/7 directly from their live chat option on their website, as well as several email addresses that will help you with any inquiry you might have, available in multiple languages. 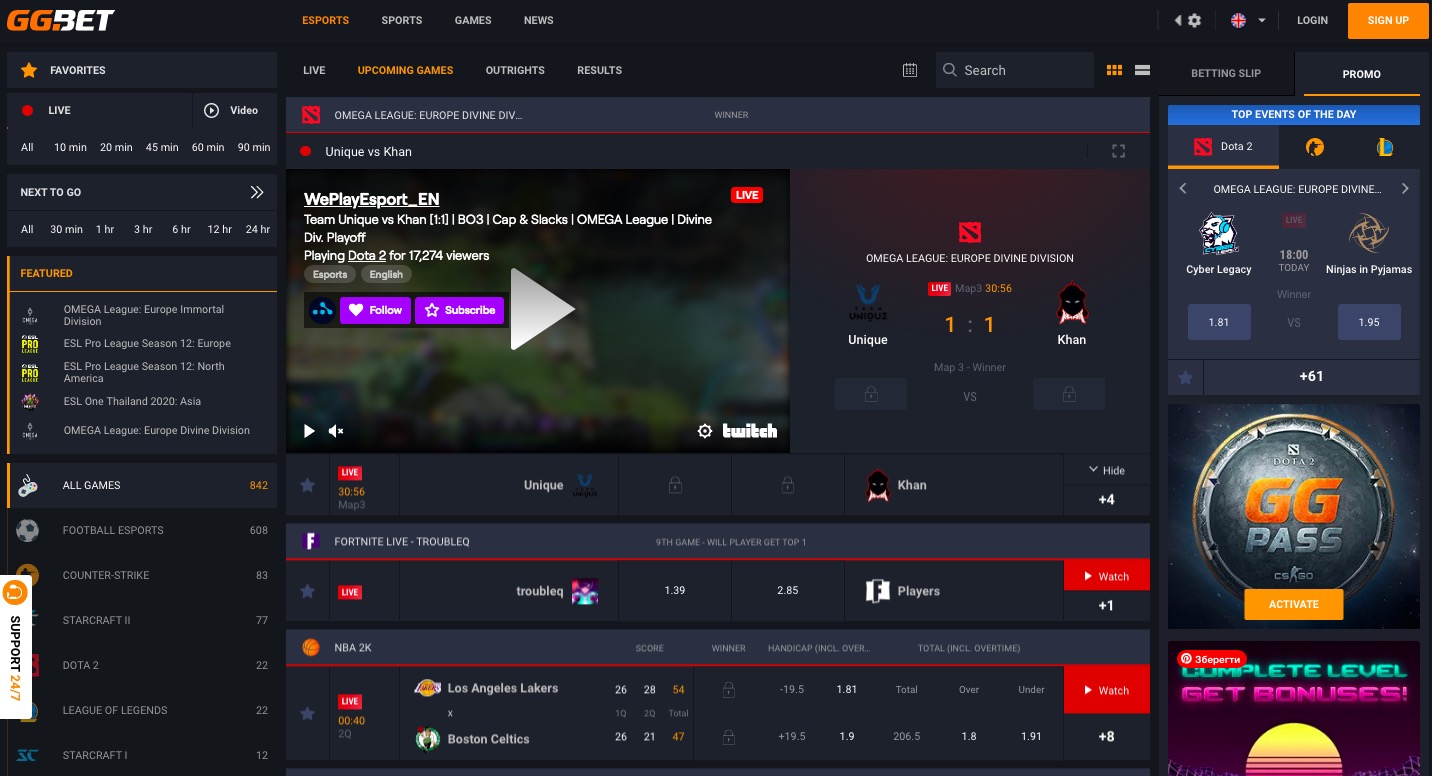 If you’re looking for a secure, well-established TF2 betting site, providing competitive odds regularly changed as the games are happening live, daily streaming coverage, a variety of esports markets, and more, then GG.bet might be the best option.

Apart from profitable promotions available when specific TF2 tournaments are played, such betting site offers a 100% bonus if you’re a new customer and deposit a minimum of €10.

About payment options, as for the previous entry, GGBet covers all the main ones, including Visa, MasterCard, Skrill, Nettler, Paysafecard, and cryptocurrency. GGBet’s legitimacy is guaranteed by its Malta Gaming Authority license, which offers plenty of assurance to esports bettors that the appropriate procedures are being followed.

What’s also interesting about the bookie is that they also provide esports news coverage even of games not available on their betting services. You can look up info about TF2 there to be up to date with tournaments and events. 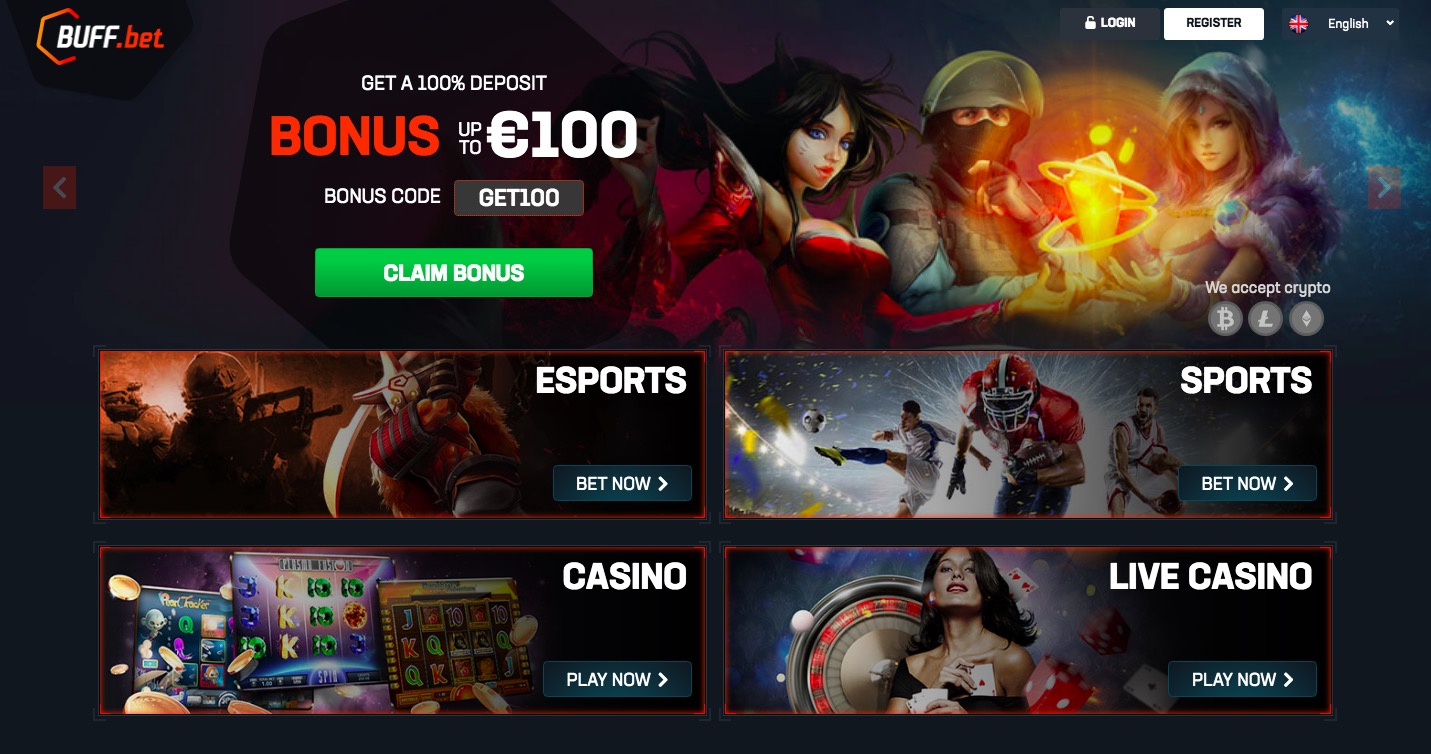 Such a bookmaker is advantageous in different regards, but especially if we consider its impressive TF2 betting odds and extremely varied choice of esports markets.

One of its main positive aspects is that, contrary to what you would expect from a standard bookie, apart from covering all major esports, it also offers a wide range of markets. So you’ll find not only the traditional match or tournament winner but also exciting stuff such as the map decided.

Want to pay using Bitcoin? Worry not, as Buff.bet supports, alongside traditional forms of payments, cryptocurrency as well.

Now that you know everything about the best betting sites for TF2 betting, we feel like giving you some advice as the game is not like any other esports title out there. 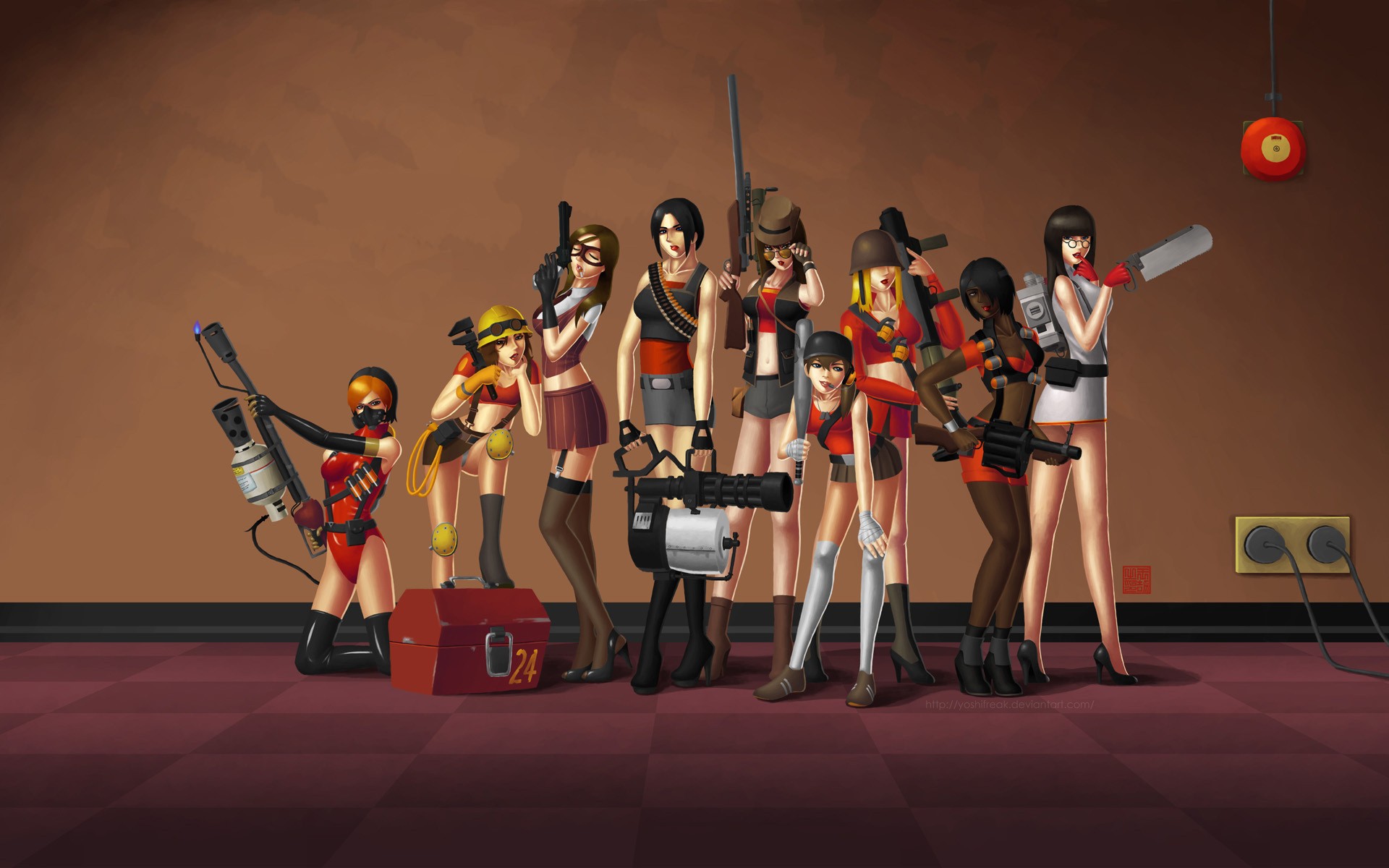 TF2 is considered by many an incredible game, enjoyable and entertaining to everyone and which paved the way for other similar titles announced more recently. Despite not having a consolidated esports scene, the dedicated fans and the loyalty displayed by the gaming community throughout the years enabled the organization of several tournaments, even unofficial ones.

The websites we reviewed are guaranteed to give you a great betting experience that will add to the fun of the game itself. Keep our tips in mind, and enjoy some TF2 betting!

Some materials on this Website are sponsored. Articles may contain emphasized descriptions. For more details see advertiser disclosure.

© Copyright 2022 EsportsBettingWebsites. All rights reserved. We are located at 115 W 18th St, New York, NY 10011. For any questions, please e-mail us at [email protected]

This website uses cookies to improve your experience while you navigate through the website. Out of these cookies, the cookies that are categorized as necessary are stored on your browser as they are essential for the working of basic functionalities of the website. We also use third-party cookies that help us analyze and understand how you use this website. These cookies will be stored in your browser only with your consent. You also have the option to opt-out of these cookies. But opting out of some of these cookies may have an effect on your browsing experience.
Necessary Always Enabled
Necessary cookies are absolutely essential for the website to function properly. This category only includes cookies that ensures basic functionalities and security features of the website. These cookies do not store any personal information.
Non-necessary
Any cookies that may not be particularly necessary for the website to function and is used specifically to collect user personal data via analytics, ads, other embedded contents are termed as non-necessary cookies. It is mandatory to procure user consent prior to running these cookies on your website.
SAVE & ACCEPT